One of the perks of living near Salt Lake City is getting to experience the Sundance Film Festival as a local. As a local, I don’t have to battle parking on Park City’s tiny uphill-both-ways mining-town streets, pay exorbitant prices for a hotel room, or even have to upgrade my wardrobe to consist entirely of black and fur. Unbeknownst to many out-of-staters, Sundance movies (sorry, films) are shown in three cities during the festival: Park City, Salt Lake City, and Ogden. While the Park City and Salt Lake City locales often sell out insanely fast, the Ogden venue (in the lovingly restored Peery’s Egyptian Theater) sometimes still has tickets for sale the day of the show.

An even better perk? My mom works for Sundance during the festival every year, and she always gets tickets. And who’s her favorite daughter? That’s right. Oh, yeah.

So the past ten days have left me awash in story-telling. Sundance is a home for independent movies—meaning you get to see movies (sorry, films) that don’t have to compete with summer blockbusters and Oscar fever-dreams. They can stray from the best-seller formula and experiment with new ideas, smaller voices, tougher angles, and different themes.

Don’t get me wrong—I love storytelling in all its messy variety, so I love a good special-effects blow-out as much as the next person. But I also like to see stories where fewer things blow up and more is teased apart so that we can see the inner workings of a mind or a relationship or a time in history that became part of who we are today. Independent movies are good at that sort of thing. Of course, being independent, not all Sundance films are of equal quality. Because you’re choosing what to see based on a one- or two-sentence description, it can be a bit of a crapshoot. And sometimes I get the feeling that independent movie-makers think if “dark” is good, “gut-wrenching dismal” must be better. But this year, we were fortunate with our choices.

One of my favorites from this year was Brooklyn. The screenplay was written by Nick Hornby, whose novels I adore because of his incredible characters, voice, and insight into what makes people tick (or, more interestingly, not tick in the usual ways). Another favorite was The End of the Tour, a fictionalized account of a short road-trip that Rolling Stone reporter David Lipsky took with author David Foster Wallace, which turns into a brilliant Mobius-strip journey of who-is-interviewing-whom, perfectly cast with Jesse Eisenberg and Jason Segel. The last movie we saw, Me and Earl and the Dying Girl, was the big winner, taking both the U.S. Dramatic Audience Award and the Grand Jury Prize, for good reason—a fresh teen voice, great visuals, and spot-on emotional impact.

As so often happens when I read a really great book or see a really great movie (sorry, film), I come back to reality enriched for the experience, not just as a human, but as a writer. I return to my own characters with new eyes, my plots with new questions, my language with new senses. On the one hand, I’m humbled (“How does Nick Hornby do that!”), but on the other I’m emboldened, because Sundance supports and rewards the independent spirit that makes us all want to tell stories our own way, heedless of trends and expectations. This festival reminds us to honor the story that wants to be told, not the fashion of the day, and to tell it with all the passion we have to give. 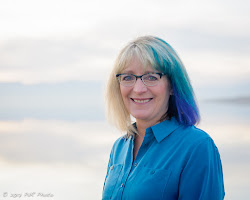